Many people are fans of orange cats, there is something captivating about their personalities as well as their good looks. Let’s have a look at some interesting facts about these fabulous felines!

1. Orange cats are not a breed of their own

Orange cats are not their own breed. Orange is just a coat color, a variation that can be seen in many breeds of cats. Shades can vary from pale orange to a very rich almost red color.

2. Orange cats are not a solid color

Orange cats are never solid in color, instead, they are always striped, a pattern that is known as tabby. There are variations in the types of stripes each cat has. There are 4 main patterns seen –

Orange cats are never solid in color, instead, they are always striped, a pattern that is known as tabby.

3. Most orange cats are marked with an ‘M’

Due to their tabby cat stripes, most orange cats will have an M-shaped marking on their forehead. There are many legends surrounding this M. The first is from the ancient Egyptians where cats were called Mau (due to the noise they make). The Islamic world suggests that Mohammed had a tabby called Muezza who saved his master’s life. Every tabby born with an M is a reminder of Mohammed’s love for his cat. Others believe the mark came from Mary stroking a tabby cat that kept baby Jesus warm in his manger.

Orange males are much more common than orange females. It is thought that 80% of orange cats are male! This is because the gene that controls color is linked to sex, with the code for the orange color found on the X chromosome.
As female cats have two X chromosomes and males have an X and a Y chromosome, this means that a female cat needs to inherit two orange genes in order to be orange in color (one from each parent) whereas a male cat only needs to inherit one. The chance of receiving two orange genes is unlikely, given that other colors are more often more prevalent in the cat population, like black. This explains why male cats are much more likely to be orange than females.

Orange males are much more common than orange females. It is thought that 80% of orange cats are male!

5. The orange color is due to a pigment found in red-haired people too

Though the exact shade of orange can vary considerably between cats, it is all due to a particular pigment called pheomelanin. This is the same pigment that causes red hair in people too!

6. Orange cats can have short or long hair

A variety of breeds can have orange fur. Long-haired breeds like Persians, Turkish Angora cats, and Maine coons can all carry orange tabby colorations. Equally orange hues are seen in exotic shorthairs, the Devon Rex, and Scottish folds. Outside of pedigree breeds, the orange tabby color can exist in both domestic short-haired and domestic long-haired moggies.

Though the exact shade of orange can vary considerably between cats, it is all due to a particular pigment called pheomelanin.

7. There are lots of orange celebrity cats!

We seem to be attracted to orange cats, and there are many celebrity ones that are a testament to this! Garfield is a very famous orange cat with a sassy attitude and penchant for lasagne. But Puss in Boots in Shrek is also an orange tabby, as is Heathcliff and also Crookshanks in Harry Potter (Hermione’s pet).

8. They tend to develop black freckles

Black freckles are a common finding in orange cats. These tend to be most obvious around the lips and nose, and areas where the fur is thin. These marks don’t tend to develop until the cat is a year or two of age and are similar to freckles found in red-headed humans.

Black freckles are a common finding in orange cats. These tend to be most obvious around the lips and nose, and areas where the fur is thin.

9. Orange cats can have a variety of eye colors

The eyes of ginger cats can be bright blue, striking green, golden, or even copper in color. Blue eyes are much less common than some of the other shades, however. Most orange cats will have green or gold-colored eyes.

10. Their color inspires a variety of names

The names that people give their orange cats are often inspired by their beautiful fur color. Some of the more common ones include the likes of Rusty, Ginger, Tigger, Marmalade, Cheeto, and Garfield.
If you own an orange cat, then you already know how special they are! If this article has inspired you to get a furry orange friend then speak to your vet first about what to look out for when it comes to choosing a healthy kitten.

What is an orange cat called?

An orange cat is also called a tabby cat. The term tabby just means stripes of alternating pale and darker colors, it is a coat type rather than a specific breed. Orange tabby cats can vary from pale cream through to rich dark red shades.

Are orange cats the friendliest?

Whilst there is no official rating for the friendliest cat, most people would agree that orange cats usually have nice temperaments. They do seem to be friendlier than other coat colors. Of course, there are always exceptions to this though!

Orange cats aren’t rare per se, but orange female cats are. Only 20% of orange cats are female, so chances are if you come across an orange cat then it will probably be male.

Why are orange cats the friendliest?

The exact reason orange cats are the friendliest is unclear, but it is thought they are quite sociable creatures. People are also more naturally drawn to orange hues, so may interact more with an orange cat than they would with other coat colors. The more affection and attention a cat receives, the more affectionate he is likely to be, especially if he has had lots of positive experiences as a kitten.

Rebecca is a companion animal vet who has always had a passion for writing and client communication. Since her graduation from the Royal Veterinary college in 2009, she has gained a wealth of experience in first opinion small animal practice, in both clinical and managerial roles. She currently works in the South West and deals with a variety of routine and emergency appointments, but particularly enjoys medicine cases. Outside of work and writing, she enjoys spending time with her family, including her bouncy flat-coated retriever George! 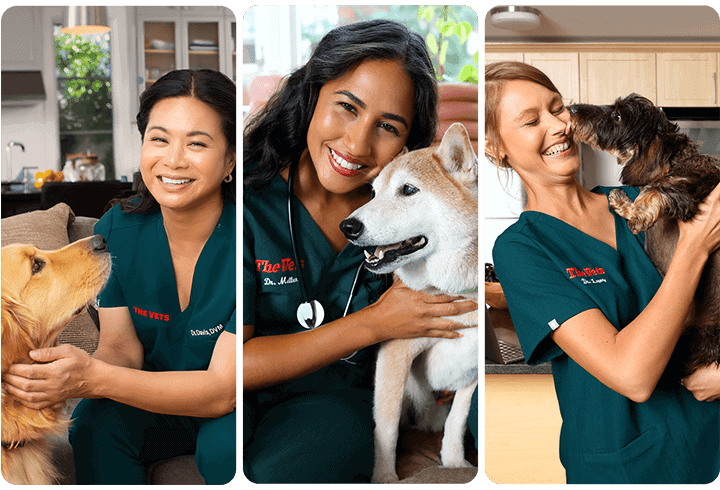